A culturally competent psychologist. Who, me?

A culturally competent psychologist. Who, me?

Cultural competence is generally thought of as the skills...

When my daughter was 18 months and while vacationing...

Waiting to be called after arriving alone while Andrè...

Cultural competence is generally thought of as the skills to understand, appreciate and interact with people from cultures or belief systems different from one’s own. It has been a key component of psychological thinking and practice for half a century and essential to the field and its core competencies (De Angelis 2015). Research has lagged but more cultural adaptations of evidence-based treatments are available now as scientists are looking at how master clinicians do what they do and distill what is it about the process that makes it culturally competent.

It is reasonable to expect that consumers of psychological services would feel more comfortable with professionals with whom they share a common background, or that those seeking help with problems would wonder about whether someone who may not be like them could understand their issues. These ideas did not cross my mind often during my earlier training in Puerto Rico as the “professional” label trumped others such as  “Puerto Rican, Latina, Hispanic; therapist of color, bilingual, bicultural, feminist, bookworm”. Sharing a common language in a homogeneous cultural context — albeit the divisions of race and class — led me to belief that I was a clinical psychologist for all.

Arriving in New York 27 years ago for doctoral studies ushered my re-training in understanding the impact of gender, ethnicity, race and socioeconomic status in the therapeutic exchange. I re-discovered how I was shaped by my cultural heritage, the multiple facets of my identity and its redefinition in progress. I was reminded of Albert Memmi‘s points about the relationship between the colonizer and the colonized, and incorporated new information regarding my mixed ethnic and racial background, and socio-economic experiences growing up in order to fit into my newly ascribed roles as: bilingual psychologist, curbside interpreter, and/or cultural ambassador in whichever context I worked in, a therapist for Spanish speakers first, everyone else second, if opportunity, time and needs allowed.

I recently sat in a meeting where two researchers seeking participants for a study answered questions from a multidisciplinary group of professionals.  As the majority of my patients at a mental health clinic are bilingual or monolingual youth whose parents speak Spanish as first language, have none or limited English language proficiency and have less than a high school education, I asked one of them if the training materials for the families were available in other languages.  He prepared to answer by first offering that “…it is so difficult and expensive to translate all documents,” followed by “the manual for the therapist is not”, then asked: “how is your English?” I paused, took a deep breath, but my mouth could only produce a long “ehhh” sound before replying with a “You are kidding, Right”?

A week earlier I had met a very precocious Dominican kindergartener whose parents were seeking help with his difficult behaviors at home and school for the first time. I explained to both the patient and his father that I was a “talk & play, worry doctor” to whom he could tell many things, and who would help his parents help him, one that would not give him injections. The five-year old interrupted me:  “No, that is the white man doctor”. His father’s face flashed all shades of red. Memories  –a decade old–of a Latina mother of two daughters suffering from a blood disorder popped in my head. She was referred to me because her physician thought she would welcome the psychological consultation in her mother tongue. As soon as we were alone in the room, she volunteered: “No offense Miss Cruz, but I did not get to midtown all the way from the Bronx to see you. I want the nice Jewish doctor! (¿Cómo se llama él?) “What is his name?” I did not know that I was in the wrong zip code then!

Now, here is what I do to try to be culturally competent, if that is even possible, beyond  following the American Psychological Association’s guidelines and learning how to use the Clinical Formulation Interview from the Diagnostic Statistical Manual Fifth Edition: 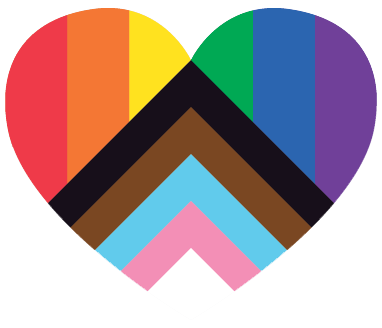